Want to travel around Berlin for a business, leisure or airport trip? 8Rental provides a private car hire with a driver in Berlin , so you can travel in comfort and safety. Our experienced drivers will take you to every corner of the city in our modern cars, guaranteeing you get to your destination on time. All chauffeurs are professional drivers, giving you peace of mind. Hire a reliable car with a skilled driver today and enjoy your travel. 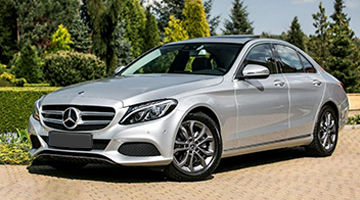 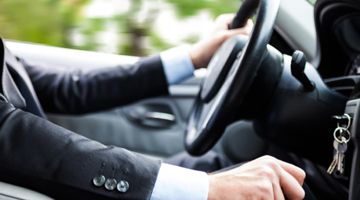 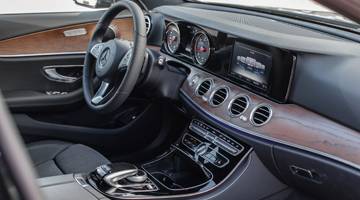 The example of the prices above will help you to have an idea of the car hire with driver cost.

Please use our online form or email for a free quote for your journey.

Car hire with driver in Berlin 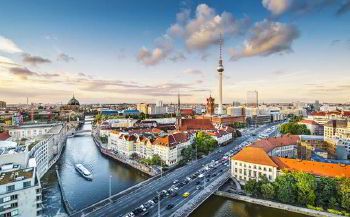 Standard chauffeured car rental - the most practical option that will serve passengers at all meetings, trips & adventures. Thankful clients often chose hire option with driver due to its reliable service & price.

Luxury chauffeured cars in Berlin are suitable for business people, as business car represents the face of the person. Private business car with driver & show your or your company’s face in the best view. 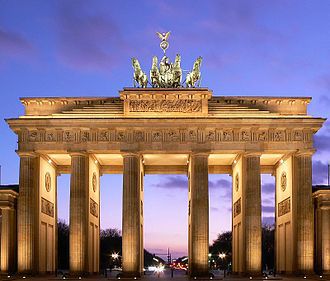 Berlin is German’s capital, located in northeastern Germany & situated on the banks of Rivers Spree & Havel. Berlin city has 3.6 million inhabitants. 40 Nobel Prize winners are affiliated with Berlin-based universities. This city is also famous for its Berlin Wall, which divided Berlin from 1961 to 1989. Berlin city has been awarded the "UNESCO City of Design" status in 2005. Berlin Fashion Week is held twice annually in the magic capital of Germany & attracts many celebrities, like Lady Gaga, Hurts & Alpha Ville.

Berlin - is an ideal place for mods. Dozens of shops are poking around in flocks by districts. On one street - up to 15 show-rooms or shops of young designers with very worthy & original collections, most importantly, at decent prices.

There exist 12 districts in Berlin - important administrative units, which can boast their own local government & even the Burgomaster. In contrast to a huge mass of other cities, where everything "delicious" is located in the city center, Berlin is interesting in its entirety. This is not surprising: after the weighty destruction left by the Second World War, & the division of the city into two countries - the GDR & Germany - the sights & infrastructure interesting to the tourist quite naturally spread throughout the dozen districts.

Every driver or chauffeur is verified on driver’s licenses, documents & cards. Each chauffeur hired by 8Rental is qualified, tested & experienced. 8Rental’s drivers will meet clients at Berlin Airport & drive to the wished destination point for a few minutes.

8Rental makes up a standard package with pick up and drop off services, a premium car with a professional English-speaking chauffeur, tolls, taxes, and fuel. However, any paid parking, meals, tickets to various museums, and tourist attractions are on the travelers’ charge.
It depends on the following several factors: Include the mentioned data in your quote so that we can choose the perfect car for your order. But if you want to find out which models are present in our fleet, go to the dedicated section on our website.
We support both options. We customize the car hire with driver service based on the customer’s demands and their tour specifications in Berlin. In case you need to be transported by a private chauffeur and car during the whole day in Berlin, you should specify the exact number of hours you need the service, as well as the precise pickup date and address.
8Rental features a huge fleet of car models in Berlin to suit every client’s requirements. The cars range from Mercedes E Class to BMW 5 series for business travelers. If you need a more luxurious variant, we can offer you First Class models such as BMW 7 Series, Mercedes S Class, or even Audi A8. However, we’d recommend you base your choice on the number of passengers. If there are more than three travelers in your group, the most optimal options are Mercedes Vito or Mercedes V Class cars. Other appropriate and even more cost-effective models are Volkswagen Caravelle and Ford Transit.
Yes, our car and driver will wait for you at the specified address in Berlin to drive you to any destination you mention. The driver will be given your contacts and the details of the transfer beforehand for maximum tour optimization. In case there are any restrictions on vehicles in the locations you specify, the driver will pick you up and drop you off at the nearest most convenient point.